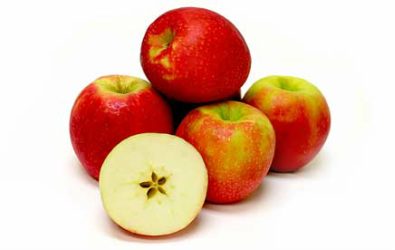 Background-  About 1990 some members of the East Gippsland Organic  Agricultural Association Inc. became interested in the varieties of fruit trees that our more self sufficient ancestors had been growing in the "pre synthetic chemical" era, just a few generations ago.  Our interests were from a number of angles, one was that we thought that the varieties from the pre-chemical era would likely be more suited to our attempts towards more natural growing methods as well as many other reasons.

We were soon surprised at the diversity of varieties that had been available early this century and late last century and tried to find out more about what had been growing then and what was being lost over time.   We were also surprised that many of the old timers we spoke to thought that the older varieties that they remembered were often better in many ways than the few that are available today.  So we started to wonder why many had been lost and others were ecoming rare and risked extinction.

First let us have a look at two examples that help us understand how many varieties were once about- In 1896 at the Royal Horticultural Gardens, Richmond Park, Burnley, there were a total of 2,545 varieties of fruiting plant and 133 varieties of potato growing.  The 2,545 varieties of fruiting plant included about 830 apples (including Crab Apples), the majority of which seem to have disappeared without trace. In 1914 the catalogue of Chas J Goodman Nurseries, Picnic Point, Bairnsdale, listed 193 apple varieties.

The catalogue also had note that people will note that they have considerably reduced the number of apples on this years catalogue. After four years of searching EGOAA have located less than half of these 193 listed varieties.

People were much more self-sufficient last century and early this century and both isolation and limited spending power meant that they had to grow much of their own food.  We have access to fruit such as apples from the supermarket shelf 52 weeks of the year because of cool storage technology, what did people a few generations ago do for fresh fruit?   The absence of cool-storage  and refridgeration meant that it was important to have a selection of varieties ripening over an extended period.

An apple a day.

The 1875 cataloge of Frogmore Nursery, Geelong says they have apples ripening in regular succession from January to November and give the ripening times for Stone Pippin, which they describe as one of the best keepers as from August till January.  The catalogue listed 106 apple varieties.  We have what we believe to be Stone Pippin, a cooking apple, among our collection and are able to make scion available on a very limited scale to others.
Goodmans catalogue says the following of an apple with the delightful name of "Legal Tender"-   "A very large, dark red apple, hangs well on the tree and keeps till apples come in again.  An informed selection of perhaps 12-15 varieties could have ensured apples 52 weeks of the year with out cool storage.  We would be extremely keen to hear from anyone who knows of Legal Tender apples still growing anywhere.

The Thistlethwaite family of Briagolong operated a small orchard up until the Second World War, selling apples, pears and perhaps other fruit in season.  They were able to sell apples 12 months of the year with only a bark hut to keep them in.  A diversity of varieties meant apples were picked and sold fresh for much of the year and long keeping varieties lasted till the new seasons apples ripened.
Often back then the orchards were grazed, sometimes pigs were allowed to run under the trees eating the fruit that dropped.  Some orchards had poultry free ranging. Grazing, poultry or pigs controlled codling moth and there was no need for spraying. The operation was generally low-technology and labour intensive with the families having other farming interests. As well as grazing the Thistlethwaite's kept bees.

It was an era of low fossil fuel use, low capital outlay and much less commitment to bank finance.  For much of the period that the orchard operated the apples were sold from horse and cart.
Why have many varieties been lost and more importantly why are we losing the ability to be self suficient with the loss of varieties?

Well first we have to understand why there were once so many varieties about.  An information booklet put out by the Badgers Keep Nursery says that there have been around six thousand varieties listed in the United Kingdom.  These were originally locally adapted seedlings selected for a diversity of characteristics.

Before the days of chemical management hardiness was quite important and flavour more important than appearance.  Before the days of cool storage it was very important to have a range of varieties ripening over a long period and varieties with very good keeping qualities.  Much of the production was by people to service their own needs, commercial orchards tended to be small and sell their produce locally.  The fruit didn't have to be tough to withstand excessive handling and travelling.

Let's look at modern orcharding.  The orchardist needs to produce a product with "eye appeal" on the supermarket shelf and the variable sized Irish Peaches and Devonshire Quarrendens would cause the automatic waxer to "throw a wobbly".   Varieties that respond to synthetic fertilizers best would be favoured as would ones that the fruit all ripened over the shortest period.  Disease resistance and hardiness have become less important because the scale of production is such that the chemical means available of combating disease and pests are economically sound.  The side effects of this management can be temporarily ignored.

With changes in propagation practices there are probably less people propagating fruit trees and these people are propagating a lesser number of varieties. It would seem that the varieties that are mainly being propagated are the ones suited to the commercial orchardists.  The "wants" of the modern orchardist are different to those of the orchardist in the days that the Thistlethwaites operated.  The wants of the orchardists of a bygone era similar to that of today's home gardener.

In a simple sentence, unless people such as ourselves do our own thing, and start quickly, we will lose a lot valuable genetic resource, the resource that a few generations ago a self sufficient, synthetic chemical free lifestyle was dependent on.

There are till an enormous number of heritage cultivars in existence but they are slowly being removed or are dying.  Maybe the only person that knows the name and history of a heritage tree might not be with us much longer.  The sooner we start a co-ordinated effort Australia wide to locate as many heritage cultivars as possible, the better.

Working from old catalogues and other sources with others involved with the preservation of heritage fruit cultivars we have compiled an extensive list of several hundred apple cultivars that have heritage status.

The groups of apples have been put into four groups, early, mid-season, late and very late.  As well information has been provided to the best of our ability on fruiting times.  This is an area we desperately need help on so if you know of the fruiting times of any unlisted apples or if you believe that any of the times listed may be inaccurate then please notify  Neil Barraclough c/- Briagolong P.O. 3860


Anyway, what we are about is growing them.

1. Some notes on propagation.

Apples can be grafted or budded onto apple or crab apple rootstocks.
Grafting has given the most reliable results for beginners rather than budding.

Scion for grafting can be taken from the tree that it is intended to graft from when it is fully dormant during winter and stored for a few months in an airtight, moist, plastic bag in the fridge at about four degrees Celsius.  Dormant scion can be sent through the mail in a padded postage bag in wrapped in moist paper, in an airtight plastic bag.

Of recent years a number of people have been grafting actively growing scion following successful experimentation by Allen Gilbert.

Budding is normally done from mid January to mid March, both the rootstock and the tree that the scion is to be taken from should be watered well for a couple of weeks beforehand.  The "T" bud or "chip" are normally used for apples. Apples can also be budded in the late winter-early spring with buds taken from dormant scion.

To raise rootstocks from root cuttings a piece of root about 6-10cm long and over 6mm thick is buried vertically into well drained soil.  The top of the root piece should be uppermost.  Keep moist throughout the season and when you take them out the following winter trim a few root pieces off for the next lot of root cuttings.  It may pay to angle cut the bottom and flat cut the top so their is no confusion when planting them.

Seedling raised rootstocks can be very variable in their characteristics such as the size of the tree that will eventuate.  So consideration should be given to buying or propagating known rootstocks. There are several suppliers of quality apple rootstocks in Victoria.

Non-profit groups such as garden groups, organic groups, permaculture groups or similar are encouraged to distribute this material by computer printouts or photostatting.  Groups are encouraged to make their own pamphlets to photocopy and sell for profits for their group.

It is asked that anyone intending to use this information in commercially published form ask the permission of Neil Barraclough, RMB 1477 Stratford 3862