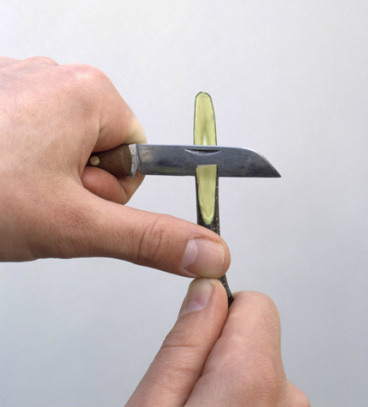 Some ideas for setting up a grafting day.

A grafting day can create interest in your locality and let people out there know what your group is doing, often you will be able to get something in the local papers. Let people know you passion for preserving the diversity of heritage fruit varieties and how your group can help people better plan their orchards for fruit over the greater part of the season. Let the local garden clubs know what’s happening and invite them, ideally go along to their meeting and do it in person. Often the local ABC radio will have a gardening segment, you should be able to get a mention. In particular, let everyone know you are keen to seek out any hidden treasures amongst the older orchards in the district.

Some ideas for setting up a grafting day.

Lay the scion out in each of the groups of fruit types- Apples, pears, Japanese plums, European plums, peaches and nectarines, cherries, apricots. In the photo we printed out the printouts from the grafting day printouts folder and used a different colour paper for each lot according to the rootstock used. On the right, half in the picture is the apricot scion sheet in red, beside it the peaches and nectarines scion sheet in blue and on the left the pears scion printout in yellow. We thank Rae Carmichael of Valley Gardeners for the colour co-ordinating idea. 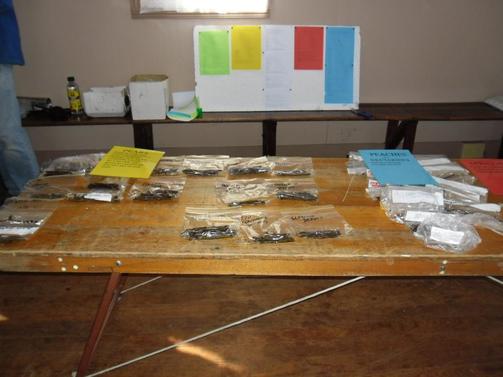 In the back ground are the printouts of the ripening times for cherries in green, pears in yellow, apples in the centre in white, plums in red and peaches and nectarines in blue, the same colours used with the scion. You might like to print out some of the ripening times information we have. 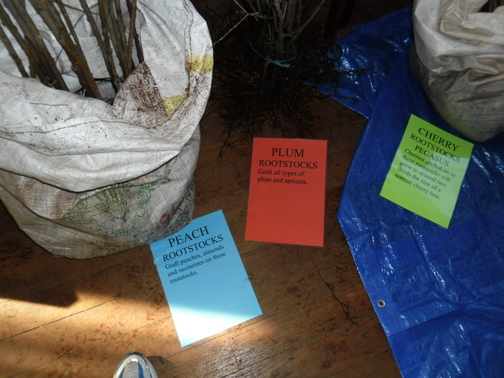 Putting out the rootstocks

The rootstocks are labeled with the same colours as the scion that goes with them, for example, apricots, Japanese and European plums are all labelled with red for the scion and rootstocks as well as the ripening times charts. 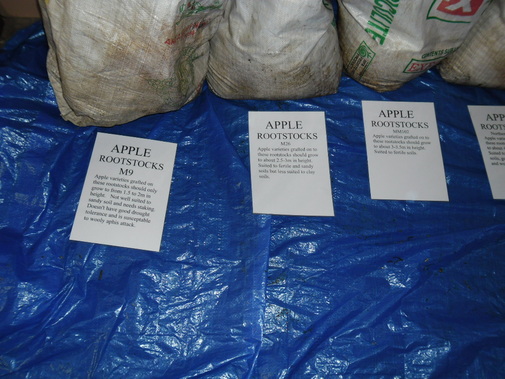 We used white for apples and in the photo above we have laid the apple rootstocks out from left to right in increasing size.  The rootstocks are in bags of damp sawdust.

The rootstock and scion printouts are in the conducting a grafting day folder and the ripening times printout for pears on the left came from the ripening times folder.  We are laminating the printouts and if time allowed a simple mark could be placed against the varieties available with a white board marker. 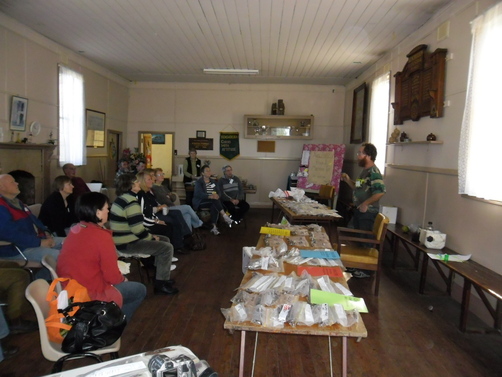 Getting the message across
Give a brief explanation of what you are trying to do and the reasons.

This can include  a brief talk on-

(a) how changes from a self reliant society of a century or so ago to our largely consumer society of today  has resulted in the loss of much of the horticultural diversity that people needed to grow their own food throughout the year.

(c)the need to locate any heritage varieties still growing in old orchards and ensure their preservation by propagating them and getting them in the hands of home gardeners like us that can keep them going by making them part of our orchards.

(d) that our grafting days are a great opportunity to learn skills like grafting and what can be gained by people grafting their own trees.

(e) how we can plan far better orchards with an understanding of ripening times, rootstock characteristics matching vigor of multi-grafts and anything else of value. 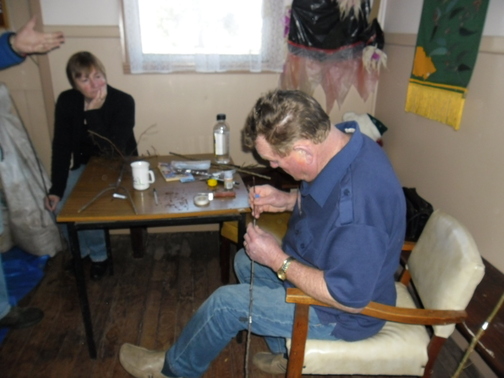 Provide a seat and table for each grafter and methylated spirits to sterilise grafting knives and secateurs with between each graft.  Also explain the need for anyone to sterilise secateurs before taking cuttings, especially before going to any trees in old orchards.

People can be asked to select a rootstock and either take their selected scion or the packet of scion (depending on what is decided) to one of the grafters.  Have labels ready and as the grafter is grafting the rootstock the label can be written out by a non-grafter.  If there is a number of rootstocks available then record the rootstock on the label along with the initials of who donated the scion.

Have someone doing one on one hands-on grafting with anyone wanting to learn, have spare grating knives and plenty of prunings for people to practice on.

Have plastic supermarket bags for people to put over the roots of their grafted rootstocks to take home.  Have something suitable for tagging the grafted tree.

Consider having name tags available for all who attend as this makes it much friendlier, particularly if you have involvement outside of your group.